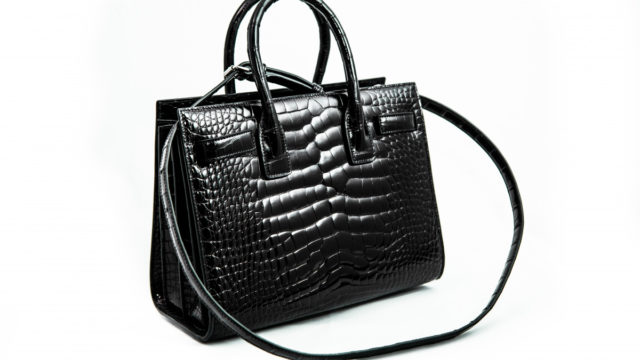 A luxury handbag with a $26,000 price tag has been snapped up and destroyed by customs officials over the lack of a permit.

A West Australian woman splashed out on the scaly fashion statement from a Saint Laurent boutique in France but failed to obtain permission for the high-end bag.

The woman escaped a fine after the bag was seized at a Perth air cargo depot by Australian Border Force officers.

Alligator skin products are allowed into Australia but only with the proper permits.

The federal government wants to deter insidious creatures lurking in the shadows of the illegal wildlife trade.

“We all need to be aware of what we’re purchasing online as restricting the trade of animal products is crucial to the long-term survival of endangered species,” Environment Minister Sussan Ley said on Friday.

“Aside from the rules themselves, it is important people take the time to think about ethical fashion choices.”

Officers confiscated the eye-wateringly expensive designer accessory but took no further action against its owner.

Individuals can face up to 10 years in prison or $220,000 fines for wildlife trade offences, while corporations can be slapped with $1.1 million sanctions.