‘Devastating’: Rural women are struggling to access abortion services during the pandemic

Dr Catriona Melville, Deputy Medical Director at Marie Stopes, has been flying into rural towns to provide termination services since the pandemic began.

She told The Feed that while abortion is an essential service, some patients in Melbourne, who under lockdown, are in a precarious position with no abortion clinics or specialists in their area.

Dr Melville said Marie Stopes would normally transport specialists from another state into Victoria — but that hasn’t been possible since the start of the pandemic.

That has resulted in limited options for women who are further along in their pregnancy, according to the GP.

“If the abortion option isn’t available then it can result in women just carrying on and having the baby in often very challenging circumstances. Be that their own health or psychosocial wellbeing,” Dr Melville said.

“I believe we’re hearing in our counselling services and on some of our forums that women are saying ‘well if I can’t get one I’ll try to do it myself’,” she said. 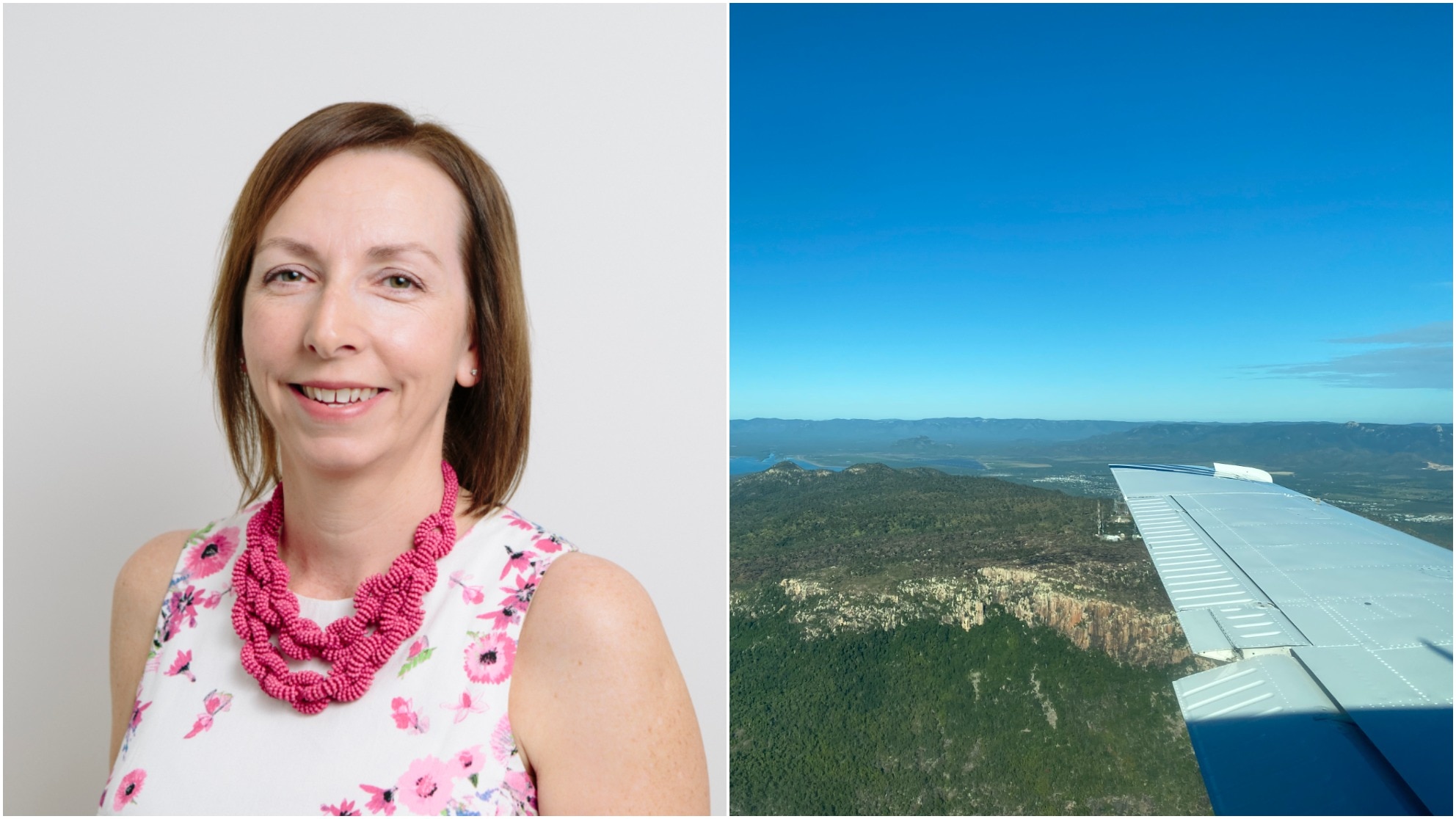 With regional flights being extremely limited during the global health crisis, Marie Stopes has organised a small aircraft to take staff to clinics in rural towns in Queensland.

But experts say the cost of these private flights is not sustainable.

Mother-of-two Amanda* has had two abortions and knows just how crucial it is for women to be able to access termination services.

She said she’s “beyond devastated” for those struggling to get an abortion during the pandemic.

“Not everyone lives a few minutes from an abortion clinic. So putting that barrier of restricted movements means that they’re going to have difficulty getting to a clinic. There’s also the possibility that some clinics may not be operating,” she told The Feed. One in six women in Australia has had an abortion by their mid-30s.

Amanda had her first abortion in NSW and her second in the ACT, several years ago.

In NSW, abortion wasn’t legal without permission from a medical professional at the time and so Amanda had to justify why she needed one.

“I felt a little bit more fortunate than others because I have two children and the second was a traumatic birth, so I had that medical history I could relate back,” she said.

“I had the sense that if I hadn’t been able to relay that information then I might have been denied the abortion,” she added.

Even when she was permitted to access the service, Amanda said there was a great deal of stigma and secrecy around the abortion itself.

“Part of what contributed to the difficulty was that there was a real sense of cloak and dagger,” she told The Feed.

“I went to a private clinic and they were very clear on the phone that I was not to tell people where I was going, where they were located. There was no signage or anything it looked, for all intents and purposes, like it was like a private residence because of the fact that it was illegal,” she said.

Amanda said she was in an abusive relationship and felt that continuing with her pregnancy would obliterate her mental health.

Since the start of the pandemic, there has been an increase in the frequency and severity of family violence.

Researchers from Monash University, who surveyed 166 practitioners from Victoria, noted an increase in first-time reports of intimate partner violence.

Marie Stopes has also seen an increase in sexual abuse and reproductive coercion during the pandemic.

“Because there are these restrictions on travel and restrictions on people’s finances and the inability to escape some of those domestic violence situations, it’s just been exacerbated,” Dr Melville told The Feed.

At the time of her first abortion, Amanda lived two hours outside Sydney — where the clinic was located — and had to arrange transport, accommodation and someone to take her home afterwards.

“Both times the financial outlier to me was in the region of $700. If you were a woman on welfare payments or a lower income, it would take you so long to save that money up that it could make you ineligible to have an abortion,” she told The Feed.

“It needs to be something that’s covered by Medicare so that it’s accessible for more women.”

Now, with entire industries devastated by the pandemic and almost one million Australians out of work, things have become even more difficult.

One in six women in Australia has had an abortion by their mid-30s, according to research published in the Australia New Zealand Journal of Public Health last year.

Medical abortions cost around $350-580 and more complicated surgical procedures, for women who are in the later stage of their pregnancies, can cost thousands of dollars.

Telehealth termination services — where women are instructed how to take medication over the phone –  vary in price but can also cost a few hundred dollars. 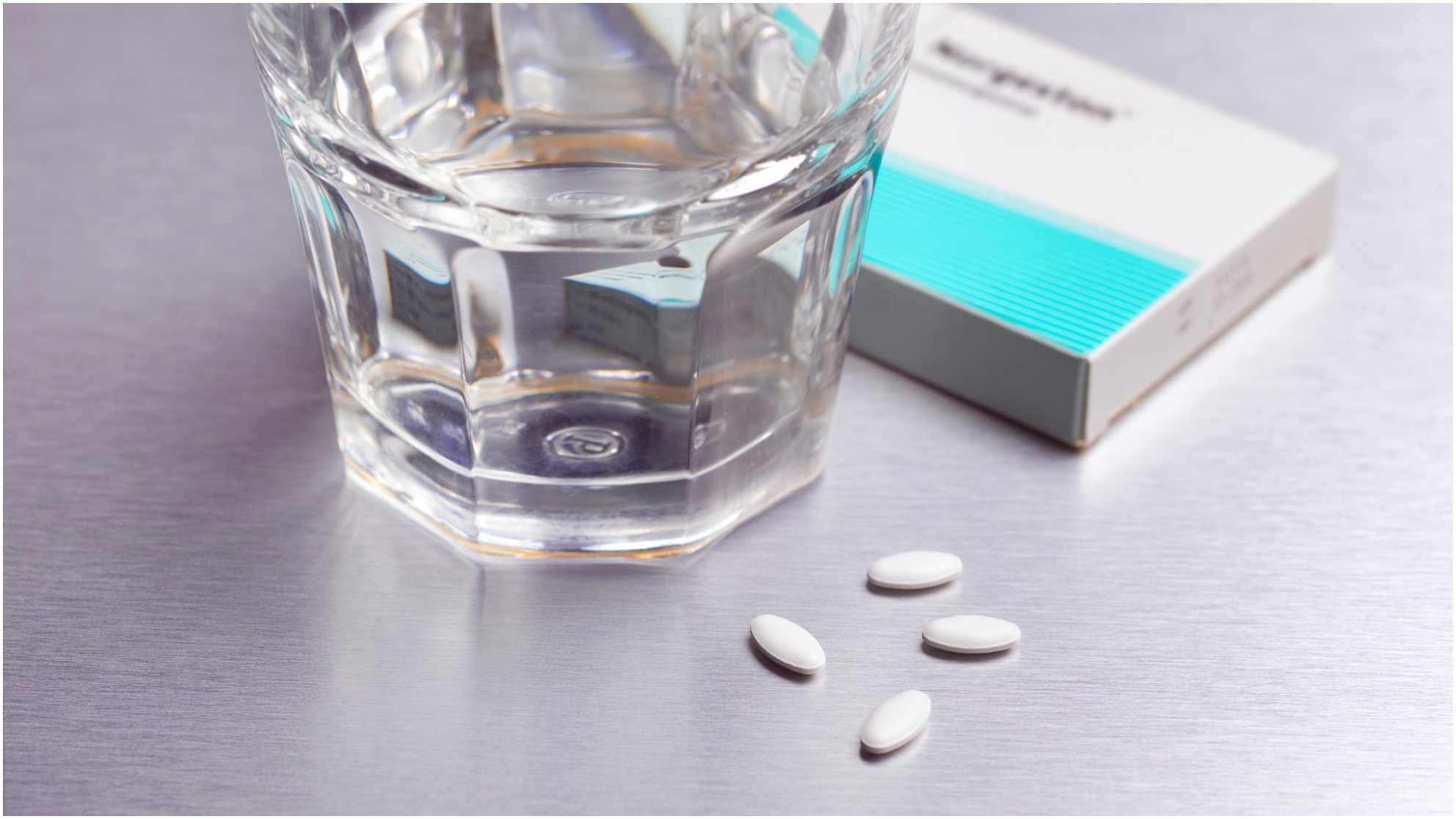 SA is the only state where Telehealth services are not legal.

For rural and regional women, Telehealth services can be a lifesaver, according to Dr Melville.

Since the pandemic began, Marie Stopes has seen a 200 per cent increase in Telehealth services this May compared to May last year.

But these services are still not available Australia-wide.

South Australia is the only state in Australia where medical abortion is not yet available via Telehealth — meaning patients can only access abortions if they leave home.

What if your doctor is a conscientious objector?

The reason some women are unable to access abortions in their local hospitals can also be linked to the religious beliefs of their doctor.

Dr Melville said for many women who live in small towns, their local doctors are conscientious objectors and will not provide the service.

“I think people are fearful particularly in the regional areas because there are quite large pockets of conservatism and we have heard stories of people mentioning abortion and being treated very poorly in the past,” she said.

“I saw somebody last week who had driven several hours to my clinic in Brisbane. And I said ‘gosh, you’ve come up a long way’, wasn’t there a local GP that could do the abortion? And she said ‘oh my GP’s a Christian and I just didn’t want to go into the subject’.” The stigma of getting an abortion may also mean women simply do not feel comfortable going to their regular GP if they live in small, rural communities.

Amanda said she grew up in a conservative family where abortion was taboo. While that didn’t impact her decision to get one, she said she still felt “shame and guilt”.

“A few years ago, I had a friend who had an abortion in NSW. She developed an infection after the procedure. When she went to her local GP, I went with her, he handed her a card to his church and said ‘I recommend you seek absolution for your sins’ and that was it,” she said.

“I was so furious, I was shaking. To think that someone who was ill and needed medical treatment would be denied that because of the personal beliefs of the doctor was unconscionable.”

In states like NSW, there are ‘safe access zones’ around reproductive health clinics that protect patients from anti-choice protesters.

Western Australia and South Australia do not have these ‘safe access zones’ and protesters have continued picketing outside centres during the pandemic.

However, WA has recently moved to introduce them.

The ongoing presence of anti-choice picketers outside of health services — particularly in South Australia — is “intimidating and stressful for patients”, according to Dr Melville.

“It’s something that should always be a given: that people can access these health services and go to their work and not get harassed,” she said. 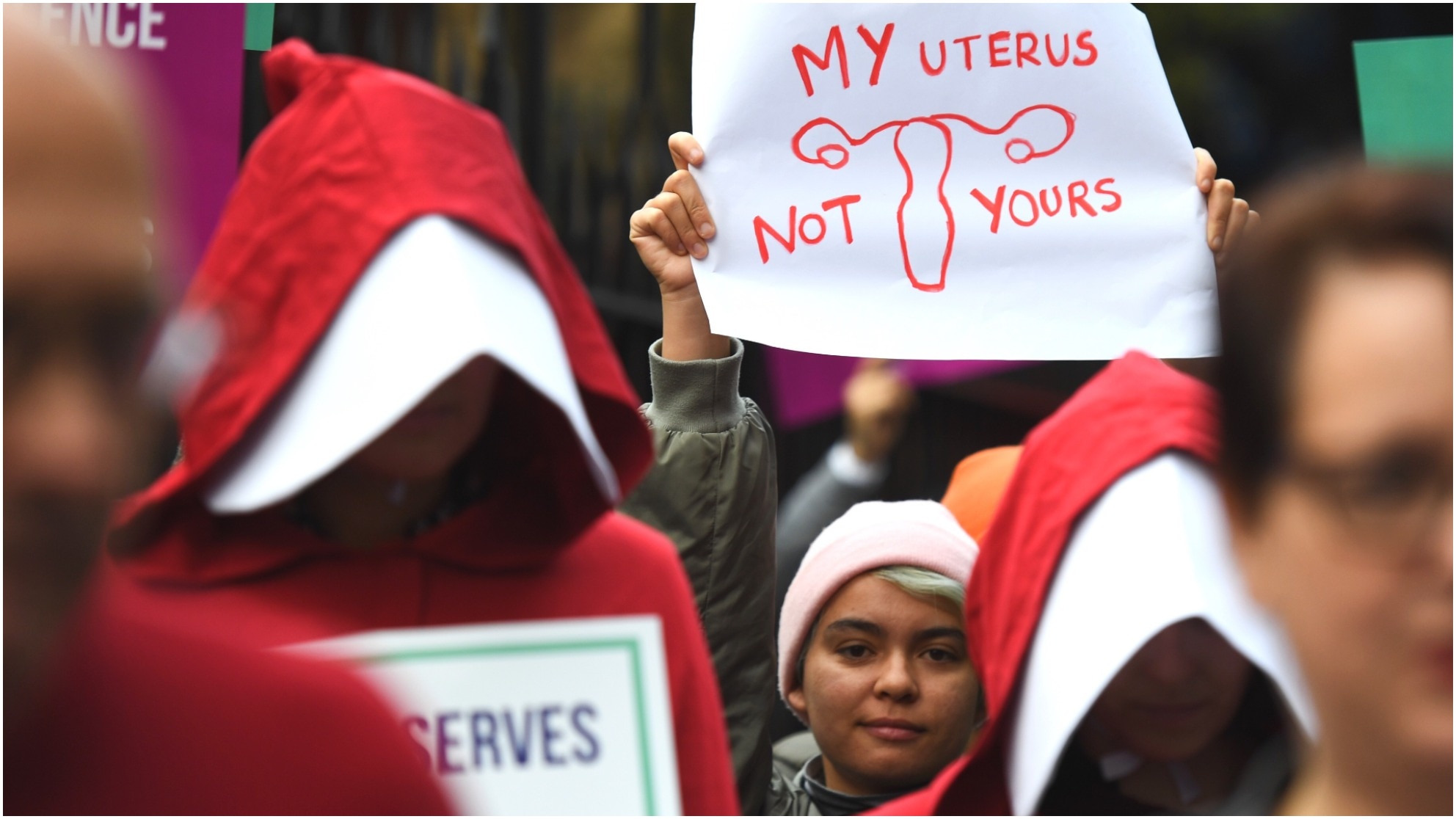 Protests for creating a safe access zone around abortion clinics in NSW in 2018.

When Amanda had her second abortion in Canberra, she said there were people on their knees praying outside the clinic.

Amanda — who chose to terminate her pregnancy after a serious car accident — said the presence of protesters was “certainly very intimidating.”

She believes abortion needs to become “okay to talk about” and would like to see information about termination services given to younger people as part of their sexual education.

“I think there is a perception out there that there are women who choose abortion lightly, which is uniformly never the case. No matter what a woman’s situation is, it’s always something that a woman has thought very deeply about,” she said.

Information about abortion and a list of services where you can discuss your options are available at healthdirect.gov.au/abortion. They include: