Exclusive: Australia’s first IS bride Zehra Duman and her children have fled to Turkey


IS bride Zehra Duman is currently in a Turkish prison and believed to be under investigation by Turkish authorities.

Her four-year-old son and one-year-old daughter are being held at a child protection centre in the Turkish border province of Şanlıurfa where they have been since 17 July, according to a document from the local Family Labour and Social Services Provincial Directorate seen by SBS News.

The Turkish lawyer representing Duman has also confirmed to SBS News she is in a Şanlıurfa jail under investigation. The lawyer said DNA analysis was being undertaken by Turkish authorities to confirm the parentage of her children. Duman’s two children are being held at a child protection centre in Turkey.

Due to the ‘automatic’ operation of 2015 citizenship laws, she was stripped of her citizenship after IS was listed as a terrorist organisation in May 2016. She is believed to also hold Turkish citizenship.

Duman is understood to be Australia’s first IS bride after she travelled to Syria to marry fellow Melbournian and IS fighter Mahmoud Abdullatif in late 2014. He was reportedly killed in January 2015.

While in Syria, she is believed to have maintained an active online presence, with a Twitter account linked to Duman promoting the militant group and calling for violence against the West.

A 2015 post from the account read: “Our husbands die in frontlines but that doesn’t stop women in the west from sending their husbands to kill kuffar [non-believers]. Attack: UK AUS & US”.

Another post from the same account showed an image of women in niqabs holding rifles and waving the IS flag. The terrorist organisation has since suffered numerous military setbacks and by March 2019 lost control of its last holdout, the tiny Syrian town of Baghouz. As many as 20,000 civilians fled the town and were taken to refugee camps in Syria and Iraq.

Duman’s mother Ozlem Coskun, who lives in Melbourne, told SBS Dateline in early 2019 her daughter had sent word to her in mid-2017 that she wanted to try to escape Syria and return to Australia. In another interview with SBS Dateline in September 2019, Ms Coskun pleaded for the Australian government to bring her daughter and two grandchildren back home, saying she would take care of the children.

Ms Coskun told SBS Dateline that Zehra’s daughter is also fathered by an Australian citizen. Duman has said in the past her son is fathered by Abdullatif. It is unclear what the children’s citizenship status is.

Duman, on behalf of herself and her two children, lodged a High Court challenge in April this year questioning the constitutional validity of Australia’s legal right to automatically cancel her citizenship.

SBS understands that one of the arguments put forward by her legal team in the case was that Duman is not within reach of the Commonwealth’s “aliens power” because she is an Australian citizen by birth and descent. Duman’s parents were both Australian citizens at the time of her birth in Melbourne. Duman as a teenager with her mother.

The case is the first of its kind and calls into question the legislation which gives the government the ability to strip Australian citizenship from dual nationals who fight for an enemy force or terrorist organisation, engage in certain proscribed criminal conduct, or are convicted of certain offences.

The law requires the Minister for Home Affairs to believe the person would not be rendered stateless by the stripping of citizenship.

New amendments to the 2015 law, recommended by the Parliamentary Joint Committee on Intelligence and Security, were due to be passed last week. Under the changes, automatic citizenship loss would be removed and replaced with the Minister for Home Affairs given the power to strip citizenship if they are “satisfied” the person would not be made stateless.

At least 12 Australians have had their citizenship cancelled under the 2015 law due to links to terrorism. The number includes Melbourne-born IS recruiter Neil Prakash, who is currently serving a seven-and-a-half-year jail term after being convicted of being a member of a terrorist organisation in Turkey in 2019.

There are more than 70,000 women and children living at the Al-Hol, or al-Hawl, camp, a sprawling encampment for those displaced from the former IS territory in north-eastern Syria last year. About 15 per cent of inhabitants are foreigners.

The women and children at Al-Hol – who are from about 50 countries – have been largely shunned by their home governments. The UK, for example, has also moved to strip dual nationals who have joined IS including 20-year-old Shamima Begum, whose citizenship revocation case is going through British courts.

There are still at least 65 Australian women and children at the Al-Hol camp, with reports emerging on Tuesday that 14 of them were forcibly removed from the camp by armed men. The Australian government has repeatedly said in the past that it will not “put Australian officials’ lives at risk to try and extract people from these dangerous situations”. 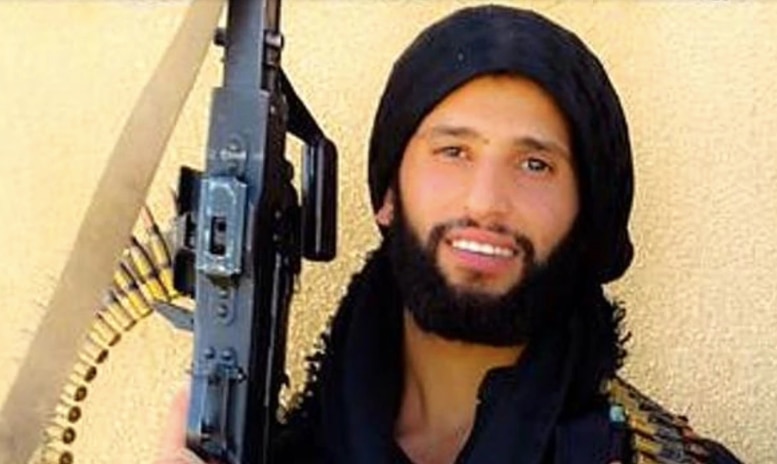 Sydney-based Kamalle Dabboussy is a representative for the Australian families in Al-Hol. He said the safety of Duman’s young children is critical.

“I’m concerned about the physical and emotional wellbeing of the children who I understand may be entitled to Australian citizenship,” he said.

“The sooner the Australian government can make the other children in northeast Syria safe the better.”

He also said confirmation Duman is in Turkey highlights the desperation she must have felt to leave the refugee camp. Mr Dabboussy’s own daughter, Mariam, and his grandchildren are among the Australians stranded there.

In July, Foreign Minister Marise Payne said during a visit to the United States that COVID-19 travel restrictions had complicated what was an already challenging situation in Syria, “so any assessment of the sorts of resources that would be needed – to re-integrate, to monitor, to secure, and to deradicalise people who are brought home – are under significantly more pressure than they usually would be”.

“Movement in Syria and in the region is now more complex than ever, and at home we see our states and territories very stretched – an understatement in some cases – because of the impact of COVID19 infections,” she said.

The Turkish Embassy in Australia and the Turkish Ministry of Interior Affairs did not respond to a request for comment about Duman and her children.