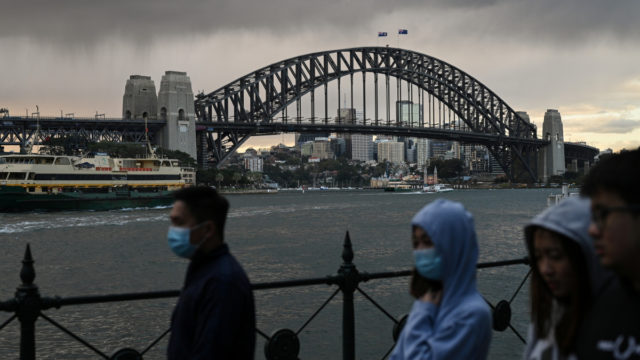 NSW has recorded five new COVID-19 cases as a state government frontbencher accuses Queensland of playing politics over its refusal to allow agricultural workers into the state.

Queensland on Friday agreed at national cabinet to aim to reopen its borders by Christmas.

However, together with Tasmania and Western Australia, the state declined to endorse a national agriculture code which would deem agricultural work an essential service.

NSW Premier Gladys Berejiklian said the code was crucial for Australia’s agricultural sector after years of drought were this year succeeded by a bumper harvest.

“Politics has been allowed to trump common sense and our nation’s agricultural industry has been grossly let down as a result,” Mr Marshall said in a statement on Friday.

NSW will forge ahead with the code, working with Victoria, South Australia and the Commonwealth to allow agricultural workers to move freely between the southeastern states.

The Queensland state election is set for October 31.

It comes as NSW records five new COVID-19 cases from more than 30,000 tests in the 24 hours to 8pm on Friday, including four linked to the City Tattersalls Club gym cluster.

Patients and staff members who were in contact with the health professional are being contacted and advised to get tested and self-isolate.

NSW Health has also issued health alerts for Kuleto’s Cocktail Bar in Newtown on August 28, Bondi Platinum Fitness First on August 31 and Randwick Fitness First from August 30 to September 1 after they were visited by confirmed COVID-19 cases.

Anyone at the Newtown bar between 6.30pm and 9.30pm on August 28 for at least one hour must immediately get tested and self-isolate for 14 days.

“We understand this will be difficult for many families on Father’s Day, however our priority is to prevent the spread of the virus into the most vulnerable people in the community,” NSW Health’s Dr Christine Selvey said in a statement on Saturday.

Six COVID-19 cases in NSW are currently in intensive care, with four ventilated.