Govt urged to spend another $120 billion to avoid ‘disastrous’ recovery 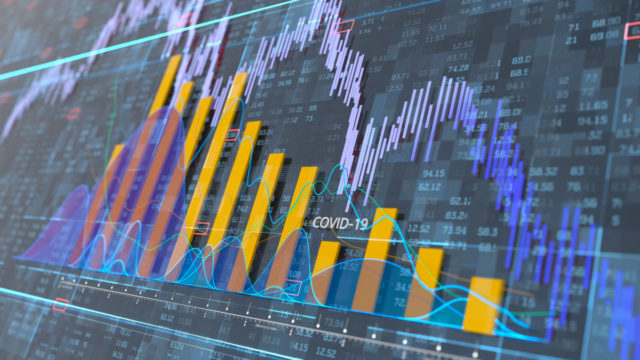 Economists are urging the federal government to spend an extra $120 billion to avoid a “disastrously sluggish recovery”.

As Treasurer Josh Frydenberg puts the finishing touches to his widely anticipated budget on October 6, the Grattan Institute has published new analysis urging the government to spend big and save Australians from a prolonged economic slump.

Our economic recovery would also be “substantially slower than the US experienced after the Global Financial Crisis, when unemployment fell from a peak of 10 per cent in 2009 to 5.7 per cent five years later”.

Grattan warns that such a drawn-out recovery – as forecast by the Reserve Bank and Treasury – will have severe long-term effects on jobs and wages and particularly on young people. 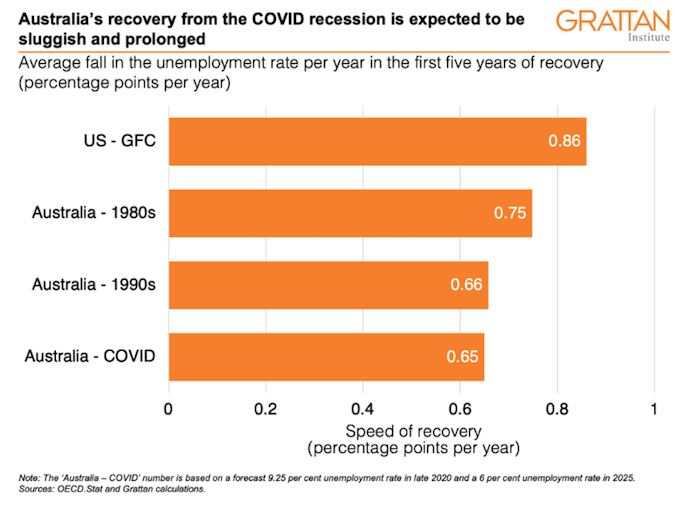 So far, Australia’s official unemployment rate has risen from 5.2 per cent in March to 7.5 per cent in July, as nervous households cut back on spending and government restrictions shuttered restaurants and shops.

The Reserve Bank predicts it will reach 10 per cent by the end of the year, and Treasury expects it will stay above 6 per cent for the next four to five years.

“A recession this long and deep would leave ugly scars,” Mr Cowgill and Mr Coates said.

“Recent work by officials at the Treasury found that when youth unemployment goes up by 5 percentage points – as it has in recent months — the wage that new graduates can expect to receive goes down by 8 percentage points, and they’re less likely to be employed in the first place.

“Over a decade they lose the equivalent of half a year’s salary compared to otherwise-equivalent young people who graduated into more benign economic conditions.” 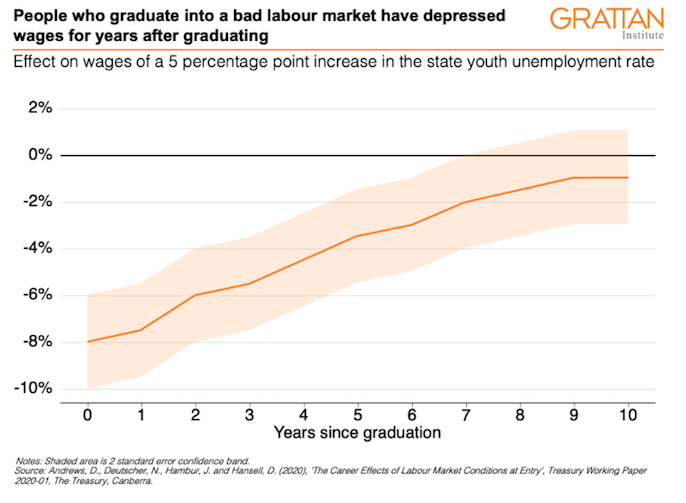 Based on estimates from the Reserve Bank and Parliamentary Budget Office, Grattan says the gap between Australia’s actual and potential economic output will widen to $140 billion this financial year.

That is, the economy will produce 7.5 per cent less than it would have done with full employment and no idle equipment.

“Faced with this scenario – a long and deep recession with sluggish recovery – policy makers should do everything in their power to stimulate the economy,” Mr Cowgill and Mr Coates said.

And with the Reserve Bank unable to cut interest rates any lower, the federal government will have to do most of the heavy lifting. 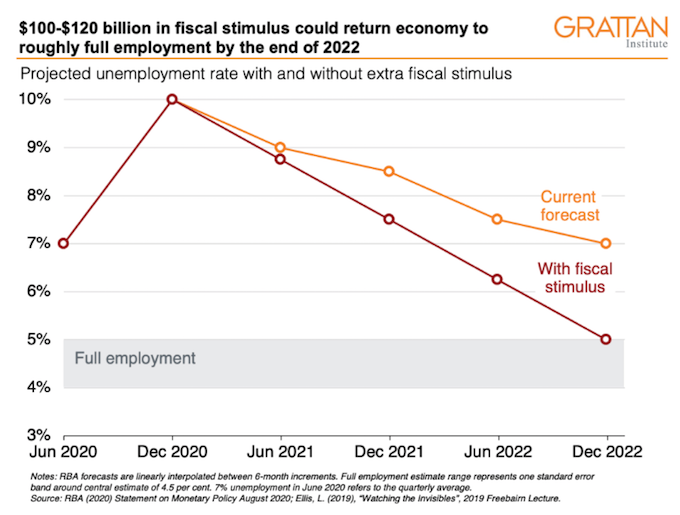 Grattan is calling for another $100-to-$120 billion of fiscal stimulus on top of the $314 billion already committed, which is $30 billion more than it called for in June, before Victoria entered its second lockdown.

“This would be enough to cut the unemployment rate by about 2 percentage points relative to where it would otherwise be by the end of 2022,” Mr Cowgill and Mr Coates said.

“It would bring unemployment back down to around 5 per cent – around the level the RBA expects is needed to get wages growing again.

“And governments will need to spend more in the years beyond to keep it there.” 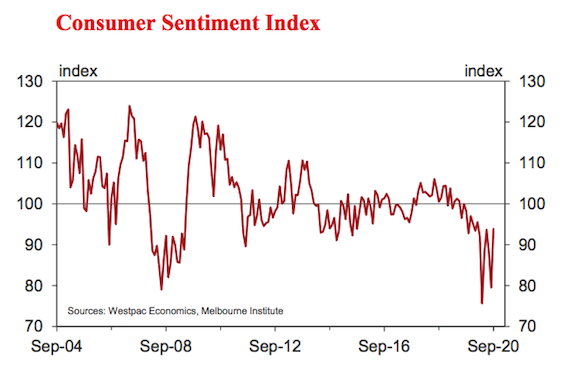 The analysis coincided with a large lift in consumer confidence, according to one monthly measure.

The Westpac-Melbourne Institute Index of Consumer Sentiment surged 18 per cent in September, after collapsing 9.5 per cent in August on the back of Victoria’s move into stage four restrictions.

Mr Evans noted, however, that the September survey was conducted before Victorian Premier Daniel Andrews announced the extension of stage four restrictions on September 6.

But he said Victoria’s recent success in containing the virus would likely have outweighed frustration at the extended lockdown measures.

“The best way to assess the September sentiment results is by comparing them with the results in June, when states were in the process of reopening and Victoria’s second wave problems had not yet emerged,” he said.

The post Govt urged to spend another $120 billion to avoid ‘disastrous’ recovery appeared first on The New Daily.