Business owners already hit hard by the coronavirus pandemic say there is no relief, as they prepare to tackle Australia’s first recession in almost three decades.

For Anju Goyal, coming into work has always been exciting. But now, she says it’s “depressing”.

Ms Goyal and her husband run Silk and Sparkle, a Sydney fashion boutique that designs and manufactures Indian wedding dresses.

Before the COVID-19 pandemic hit, they would take more than 15 fittings at a time. Now, there’s one or two each month.

“It all depends on the economy. It’s not just me; everyone is affected.” 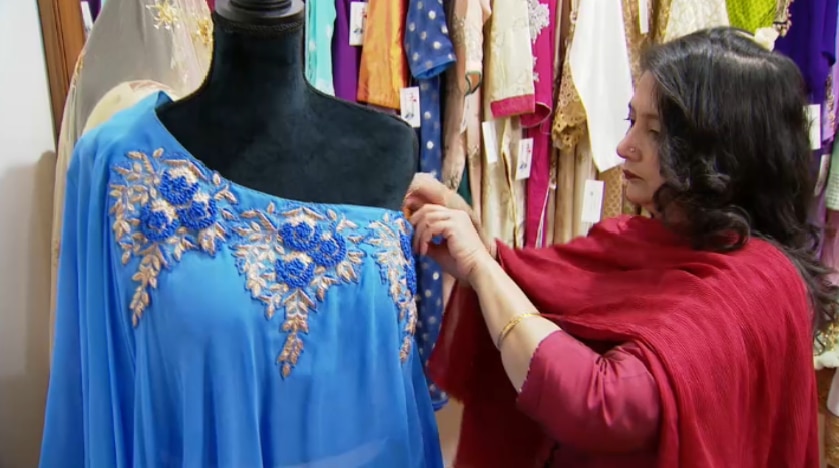 Ms Goyal has more than 15 years of experience in the industry. Now, she says coming to work is ‘so depressing’.

On Wednesday, Australian Bureau of Statistics (ABS) numbers confirmed the nation is in its first recession since the early 1990s, due to restrictions and lockdowns aimed at suppressing the spread of the virus.

The data also confirmed a 0.3 per cent drop in GDP in the March quarter, meaning the nation has had two consecutive quarters of negative growth – the common definition of recession.

“The numbers are extremely sobering,” Treasurer Josh Frydenberg told reporters in Canberra after the figures were released.

He said the pandemic has wreaked havoc on both the domestic and global economy.

The record fall was driven by a huge drop in the private sector, with private demand detracting 7.9 per cent from growth in the quarter.

That was driven by a 12.1 per cent fall in household expenditure and a 17.6 per cent fall in services spending, with many businesses forced to close their doors or modify their operations in line with restrictions.

Ms Goyal said their problems started when weddings, booked in for May, were postponed until September or December this year.

“We have done those dresses, but the clients come and tell me they don’t even have the excitement for getting married anymore. We don’t know what kind of functions we will be able to do,” she said.

Like many other small to medium-sized businesses, Ms Goyal said fear has mounted during a second wave of the virus in Victoria.

She said clients who are due to get married in April “are still scared of doing anything or booking anything”.

Meanwhile, their business running costs have remained the same.

“Things were fine after the first wave. But the second wave has literally shattered everybody,” she said.

“You have power bills, security bills, strata payments… for that there is no relief. The bank has deferred payments, but you still have to pay at the end of the day.”

The data, released on Wednesday, also showed a record 2.5 per cent drop in wages, which the ABS said could have been bigger without the government’s JobKeeper wage subsidy.

The economic downturn has already seen the number of people unemployed push past more than one million for the first time. 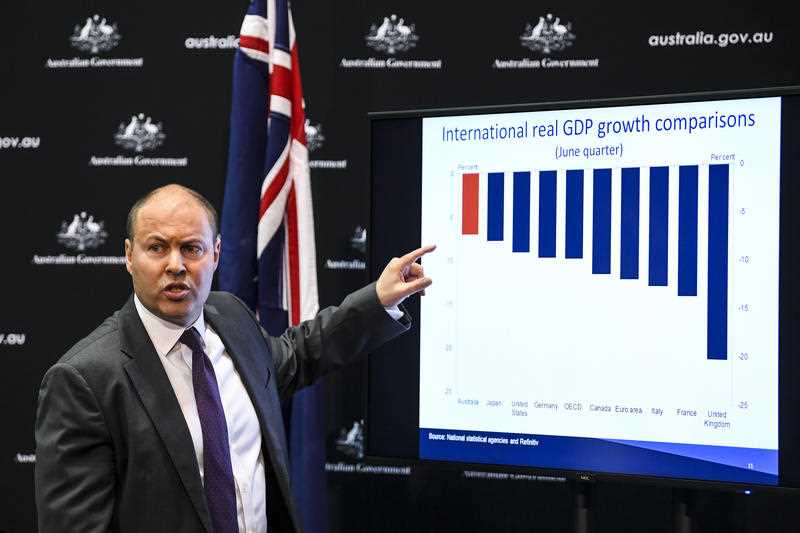 Australian Treasurer Josh Frydenberg speaks to the media during a press conference at Parliament House.

“We have done everything possible to cushion the blow for the Australian economy from COVID-19,” he said, adding Australia is better placed than most other developed nations to recover from the economic crisis.

This rings true for Ms Goyal and her family. With the summer wedding season up in the air, she said they’ll be running their business “day by day”.

But she’s not giving up hope.

“Definitely, we are going to come back. Everything bad has a good ending also.”

News and information is available in 63 languages at sbs.com.au/coronavirus