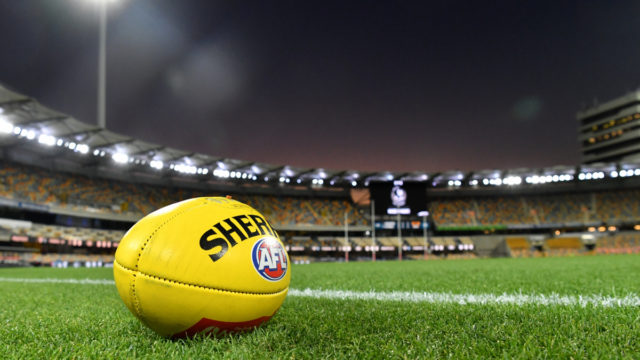 The Gabba is set to be announced as the host venue of the 2020 AFL grand final on Wednesday, and Richmond coach Damien Hardwick couldn’t be happier.

It’s understood the Gabba will be the venue selected for the grand final, with a capped crowd of about 30,000 slated to attend the October 24 spectacle.

Premiership contenders West Coast (Optus Stadium) and Port Adelaide (Adelaide Oval) are expected to be allowed to host any home finals at their traditional bases in the lead-up to the grand final.

“I’m very much about the growth of the game,” Hardwick said.

“I think Team Queensland for mine. We love it up here. They’ve embraced us. We’re very fortunate to be up here playing great footy in this great state.

“They’ve certainly got my vote. And I think it’s incredible for the growth of the game.

“To sit there and look at the state and the footy frenzy we’re in at the moment, from my point of view taking Richmond out of it, I’d be more than happy for the grand final to be played here.”