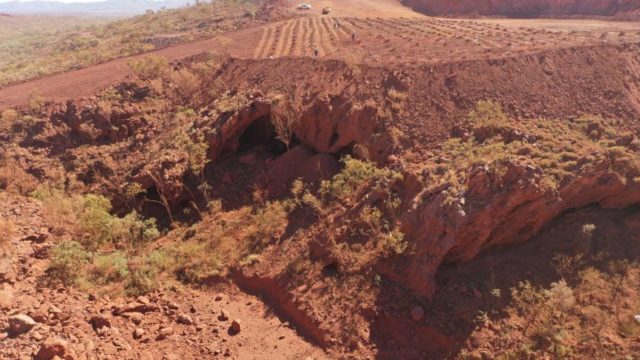 The Rio Tinto boss has resigned after the mining giant blew up the Juukan Gorge in Western Australia, with two other top-level executives also falling on their swords.

Jean-Sebastien Jacques will stay on as chief executive until a successor is found or until March 2021, whichever comes first, the company said on Friday.

His resignation comes after months of mounting pressure and a board-led review of the destruction of Aboriginal sacred sites for a mine expansion.

Other high-level executives who will also leave Rio Tinto are iron ore chief executive Chris Salisbury and the company’s corporate relations boss, Simone Niven. Both will leave on December 31.

The departures come as the company has been under increasing pressure after revealing it could have mined the Juukan Gorge without destroying Indigenous rock shelters pre-dating the last Ice Age.

Traditional landowners were never told the company had alternatives to the blast, which destroyed the 46,000-year-old rock shelters in June.

Mr Jacques told a parliamentary inquiry a month ago that the company developed four different options to expand its Brockman 4 iron ore mine in Western Australia back in 2012-13.

Under three of those proposed plans, the rock shelters on lands traditionally owned by the Puutu Kunti Kurrama and Pinikura people (PKKP) would have been avoided.

But the company ultimately went with a fourth option that destroyed the shelters so it could extract an additional 8 million tons of iron ore.

“We are determined to ensure that the destruction of a heritage site of such exceptional archaeological and cultural significance never occurs again at a Rio Tinto operation,” he said.

“We are also determined to regain the trust of the Puutu Kunti Kurrama and Pinikura people and other traditional owners.”