British and Queensland-designed coronavirus vaccines could be available early next year under two deals struck by the federal government at a cost of $1.7 billion.

Prime Minister Scott Morrison will on Monday announce a free COVID-19 vaccine would be made available progressively through 2021, should promising trials prove successful.

The Oxford vaccine is slated to be available from early 2021 while the University of Queensland version is on track for midyear.

Labor was critical of the earlier promises by the government, saying they did not amount to a fully-fledged agreement that Australians could rely on.

More than 84.8 million vaccine doses would be manufactured, primarily in Melbourne.

“By securing the production and supply agreements, Australians will be among the first in the world to receive a safe and effective vaccine, should it pass late-stage testing,” Mr Morrison said.

“There are no guarantees that these vaccines will prove successful. However, the agreement puts Australia at the top of the queue, if our medical experts give the vaccines the green light.”

The first stage of the agreement would see 3.8 million doses of the University of Oxford vaccine delivered in January and February 2021.

Health Minister Greg Hunt said it would not be mandatory but the government wanted to see as broad coverage of the population as possible.

Both agreements will also allow for doses to be provided to Australia’s partner countries in the Pacific and Southeast Asia. 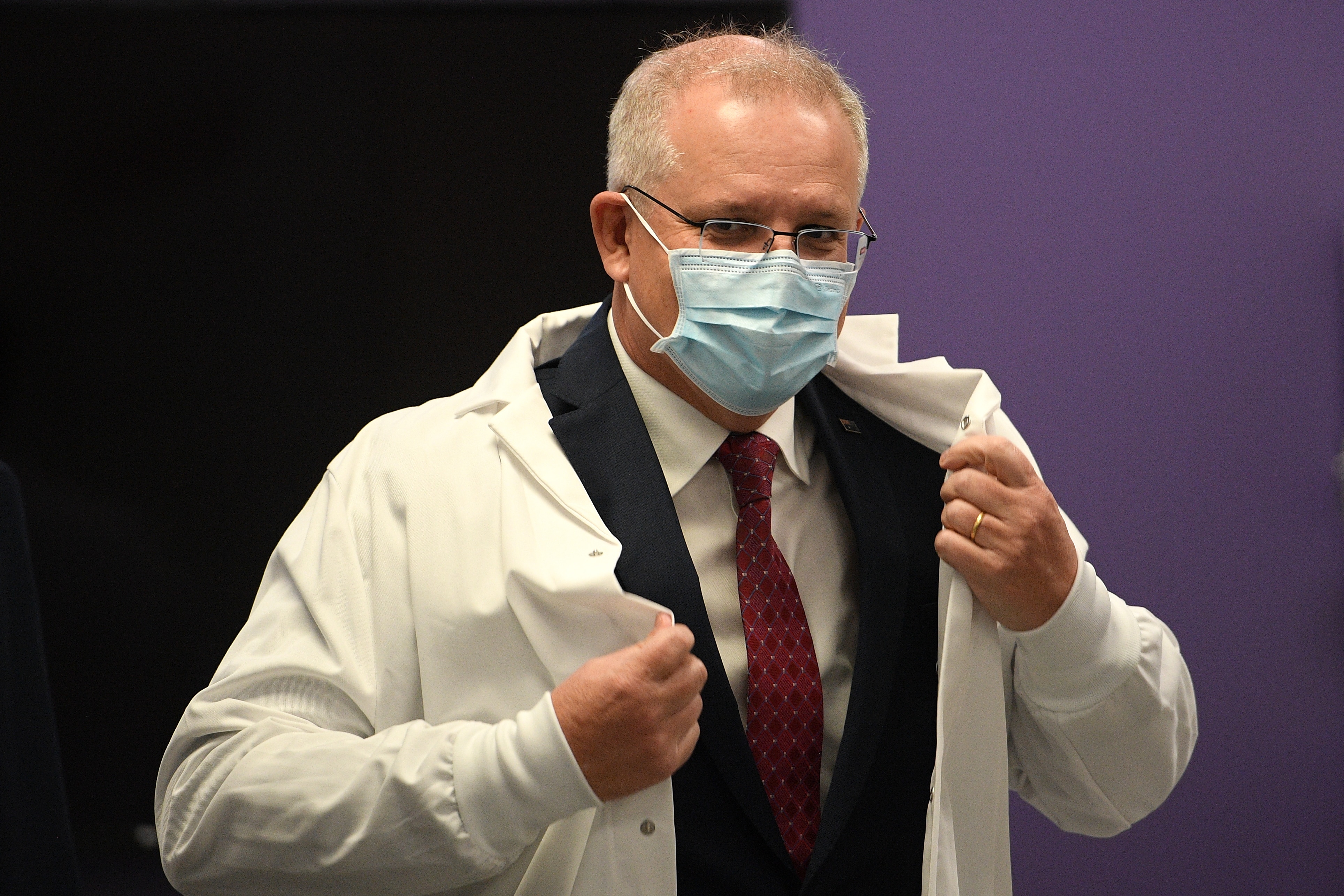 Prime Minister Scott Morrison during a visit to AstraZeneca in Sydney, Wednesday, 19 August, 2020.

The University of Oxford/AstraZeneca vaccine is in the third phase of trials and is considered one of the best hopes in the world, with regulatory approval expected to be sought shortly.

UQ has recently announced that pre-clinical testing showed the vaccine is promising and already effective in animal models.

Experts believe the vaccination of at least two-thirds of the population will be required to have a chance of halting the spread of COVID-19.