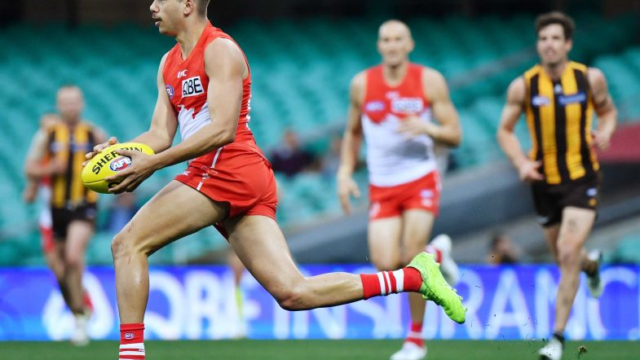 The 19-year-old was reportedly taken into police custody on Sunday, but no charges are believed to have been laid.

The exact reason for Taylor’s arrest is unknown.

“We’re aware of a report but have no comment on it,” Longmire told reporters after the Swans’ defeat to Brisbane in Cairns on Sunday night.

Pressed for further information, Longmire said: “We’re just aware of a report and I’m sure you’ll respect the fact that I’ve been coaching, so no comment.”

Taylor’s arrest comes after serious assault allegations were made against him by his former partner via social media this month.

It is unknown if the arrest is related to the allegations, which are being investigated by the AFL integrity unit.

Taylor is currently suspended for the rest of the AFL season after breaching COVID-19 quarantine protocols in Perth last month.

He has since been staying in Perth with family members.

Taylor made his AFL debut this season and has played four senior matches to date.