Victoria versus NSW: The race to eliminate the coronavirus and unite Australia 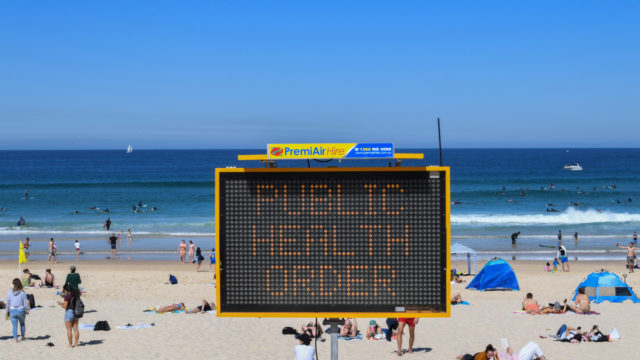 It’s our only hope of achieving a “united Australia”.

That’s according to Professor Brendan Crabb, director and CEO of the Burnet Institute in Melbourne.

And the experienced medical researcher and public policy expert believes we can do it.

“We need one united Australia – not eight states and territories – and the only hope for that is elimination in all of them,” Professor Crabb told The New Daily.

However, he stressed elimination did not mean wiping out the virus completely.

Until we get a vaccine, he said, it would be near impossible to stamp out the virus given how far it has already spread around the world.

All it takes is one infected returned traveller to reintroduce the virus into the community.

Instead, we should aim for zero “mystery cases” where the infection source cannot be identified.

“It doesn’t mean you can all sit back and relax, but it does mean you can have a much more functioning society,” Professor Crabb said.

Other states out in front

So far, the coronavirus appears to have been brought under control in Western Australia, the Northern Territory, Tasmania, Queensland, South Australia and the ACT.

When new cases do appear, it’s usually only a handful at a time –  not dozens – and they can be traced back to the original source.

That leaves Victoria and NSW.

“I would like it to be an elimination race, like State of Origin,” Professor Crabb said of Victoria and NSW.

“It’s a different ball game now that the others have eliminated it. The other two just have to bite the bullet and do it.”

How does it work?

Melbourne’s stringent Stage 4 lockdown might need to be extended a week or two, Professor Crabb said.

“Epidemiological milestones – not dates – should determine when we exit lockdown,” he said.

“I’m not talking about an indefinite Stage 4, but whether it happens on September 13 or a week later.”

The push to extend Stage 4 in Melbourne is nothing new.

The idea has been floated by other health and public policy experts, including Dr Stephen Duckett, the Grattan Institute’s health program director.

Professor Crabb said we also needed to get serious about face masks and set targets for contact tracing.

“The Victorian government needs to convince us their test and trace system has improved,” he said.

“Our capacity to get everyone tested on Day 1 and trace contacts 48 hours later, we’ve fallen woefully short of that.

“What are the metrics demonstrating our capacity to do that? How can we as a community help the government achieve those goals?”

Professor Crabb added widespread and correct use of face masks was our best bet at containing the virus while returning to “normal” life.

“Masks are our vaccine for the next 12 to 18 months, and it doesn’t require community disruption,” he said.

“We need to have everybody with a high-quality mask in their hands, and secondly using them properly at all times.”

Although Victoria still has an estimated 2415 active coronavirus cases, compared to about 173 in NSW, Professor Crabb thinks Victoria is the elimination race’s frontrunner.

“I think Victoria is more determined to do it than NSW,” he said.

“I don’t hear NSW using language like ‘elimination’ and I don’t see them willing to pull a more extreme trigger like mandatory face masks, let along lockdown, even suburb by suburb or LGA by LGA.

“However, NSW has not lost control – they’re doing a great job, hanging by their fingernails. They’re going to have to be very, very careful.”

The post Victoria versus NSW: The race to eliminate the coronavirus and unite Australia appeared first on The New Daily.