For Ludmilla Stern, it was a media conference she didn’t have to translate that has endured as one of the most memorable moments of the Russian interpreter’s time at the Sydney Olympics.

Superstar wrestler Aleksandr Karelin – known as the Siberian Bear – had been undefeated for 13 years, but at the 2000 Games he lost his chance to win a fourth gold medal to the United States. He was so disappointed, he didn’t show up to the usual post-match interview.

“I remember this atmosphere of tension in the press conference room, with everyone waiting, and the winner was sitting at the podium,” Dr Stern told SBS News. “And Karelin never came. He had left.” Russian interpreter Ludmilla Stern: “There were so many events, and so many languages.”

The Sydney Olympic Games, which opened 20 years ago on Tuesday, required an unprecedented number of interpreters to keep them running. More than 10,000 athletes from 199 different nations travelled to Sydney for the event – including many who didn’t speak English.

SBS News spoke to three interpreters who worked at the Games – all who said it was an experience they would never forget.

“It was an unbelievable and unique experience. There were so many sporting events, and so many languages, and so many athletes from all over the world,” said Dr Stern, who was born in the former Soviet Union and migrated to Australia in 1979.

Dr Stern now works as a professor of interpreting studies at the University of New South Wales in Sydney.

The 62-year-old recalled that public transport to events was free for the duration of the Games, and travelling to work wearing the iconic uniform for event employees and volunteers meant people were eager to chat. “There was a sense that we were all in it together,” she said.

But despite the excitement, the interpreters also faced the mammoth task of having to prepare for interviews about almost 30 different sports. 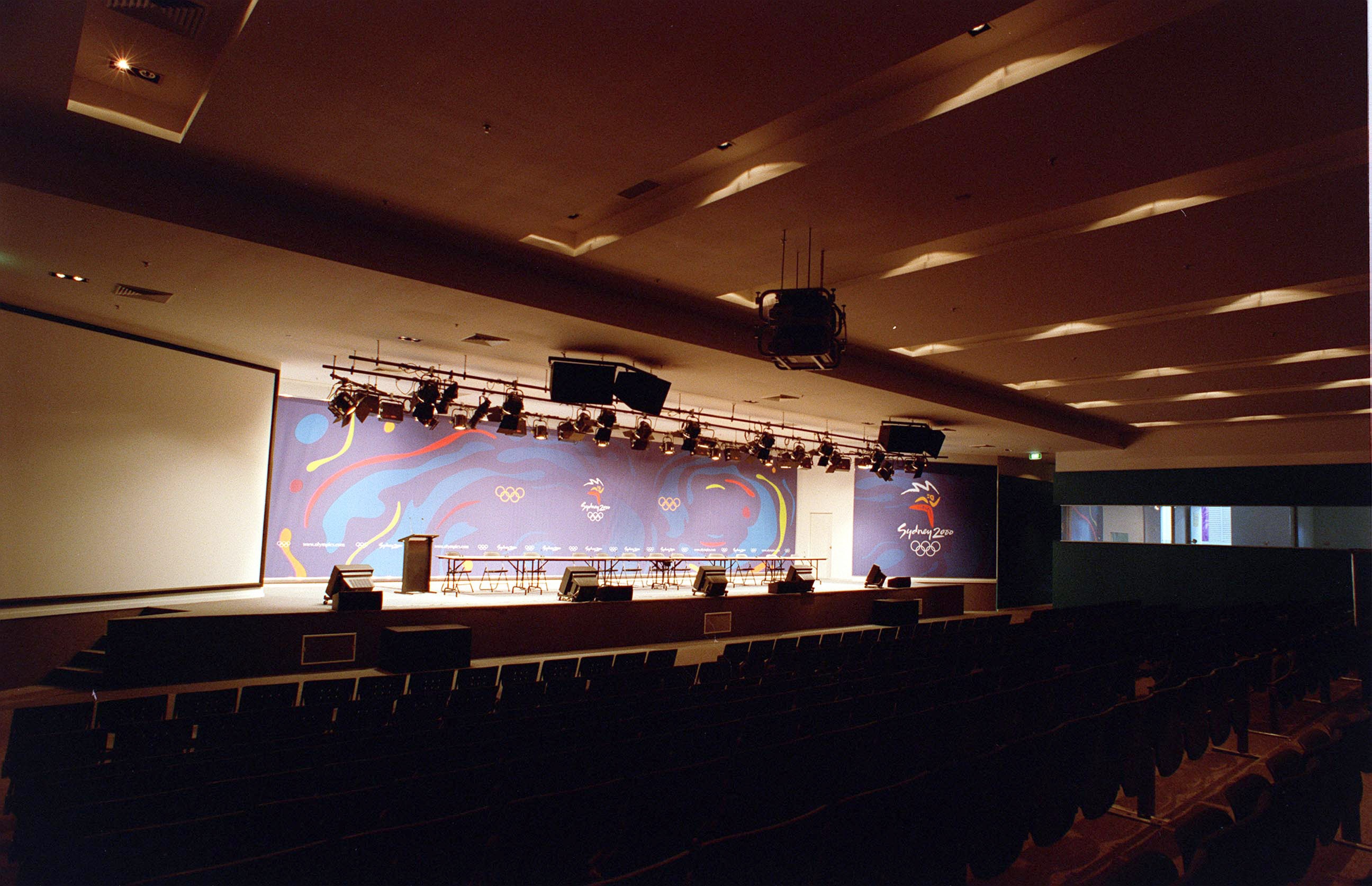 The stage set up for a press conference at Olympic Park during the 2000 Games.

“There were situations when I would sit all day at home preparing for judo,” Dr Stern said. “And then I would turn up at Darling Harbour and they would say ‘quick, quick, quick, a Russian fencer is about to win’. Without knowing much or anything about fencing, and without having done any preparation, I found it a huge challenge.”

Dr Stern worked as a consecutive interpreter, one of two kinds of 88 professional interpreters called upon by the Sydney Olympic Committee to translate official press conferences, announcements and interviews with athletes.

Her main role was interpreting for medal-winning Russian athletes, or those from other former-Soviet states, during media conferences.

There were also more than 1,400 volunteer interpreters representing about 50 different languages – known as bilingual assistants – who were recruited to help the international athletes get around Sydney during the Games.

One of them was Sydney resident Vella Pihlak, now 84, who offered her skills as a native Estonian speaker.

Despite going through a lengthy application process, including a language test, and a training programme to prove her bilingual communication skills, she said she spent her time mostly waiting for the Estonian athletes to call the multilingual switchboard for assistance. But because they all spoke fluent English, the calls never came. Sydney Olympic Games volunteers during a parade in September 2000.

“But it was great to be a part of this tremendous and successful enterprise,” Ms Pihlak said. “The positive energy that was around, the whole of Sydney, you could feel it, it was palpable.”

Professional Arabic interpreter Steve Karakira described the atmosphere as “electrifying”. The now 70-year-old had almost a decade to prepare for his role at the Games after being contracted to translate Sydney’s Olympic bid.

“[But] no knowledge, no information that I had before the Games, prepared me for what I saw on the day,” he said. “The atmosphere was just fantastic, it was buzzing with life, it was electrifying. Words can not really describe what I saw.”

For Mr Kirakara, who migrated to Australia from Lebanon, one of the biggest challenges was accurately conveying the heightened emotions of athletes in a post-event interview. 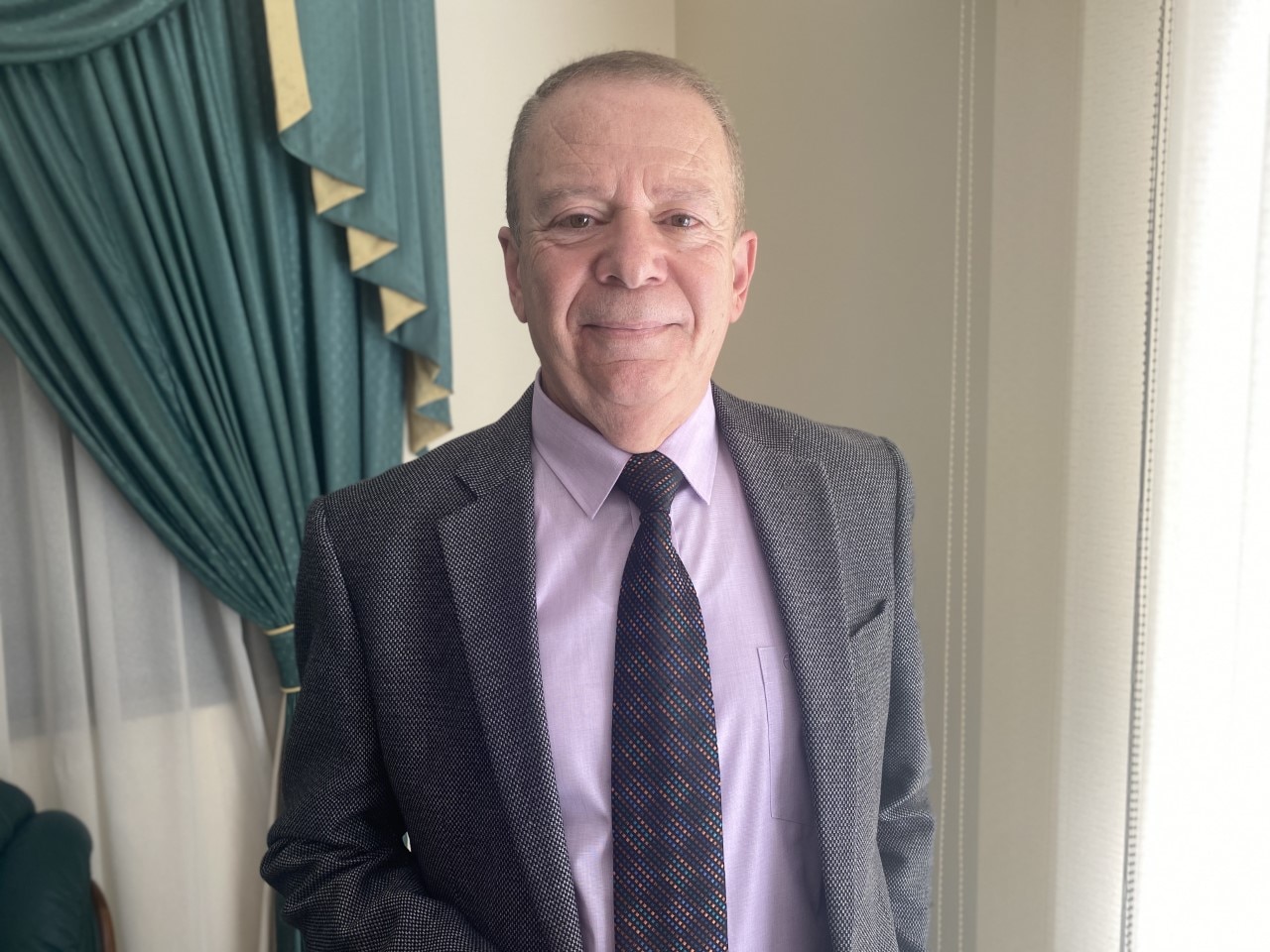 Steve Kirakara, an Arabic interpreter at the Sydney Olympics.

“Rather than just conveying the word-for-word meaning, I also had to accommodate the feelings, the emotions, the stresses of the people who are talking,” he said. “The pressure was tremendous because you knew the whole world was looking at you, listening to you.”

There were 22 Arabic-speaking countries competing at the Games. Mr Kirakara recalled some scenarios when multiple interpreters would be working at a press conference, translating each other’s words into different languages for foreign journalists.

“I felt I was just a very small part of a big machinery all working together to provide the best,” he said.

But while Arabic and Russian were major language groups at the time, finding interpreters for lesser-known languages was harder. 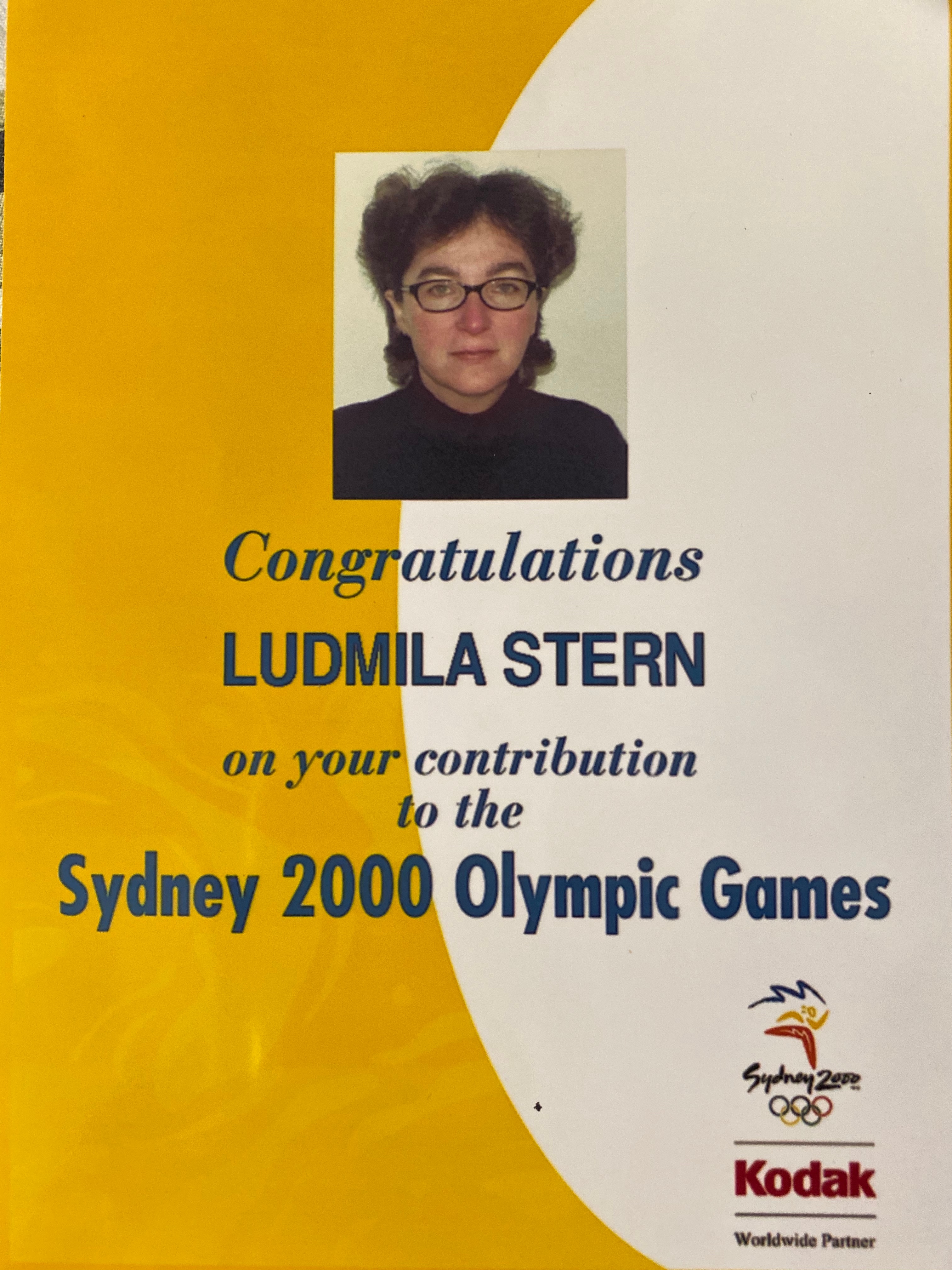 A certificate given to people who worked at the Sydney Olympics.

Dr Stern recalled one scenario where a retired Bulgarian interpreter was called in to help with the Games, despite not having worked for many years.

She herself was asked to interpret in Russian for Georgian, Azerbaijani, Qatari and Kazakhstani athletes as there were no interpreters who spoke their primary language.

“They spoke a kind of broken Russian, or not native Russian, and at times I had to guess what they were saying,” she said.

But 20 years later, the overwhelming excitement of the event still looms large. For Mr Kirakara, who lives a short drive from Sydney Olympic Park, the memories are never far from his mind.

“With all the buzz, with all the activity that was going on … I would think, ‘well, after, it’s going to be so quiet’.”