What we know today, Wednesday September 2

Qld fugitive on run in SA

An armed man wanted in Queensland is still on the run in South Australia after evading a border checkpoint.

Police say Alex Blake and a woman are travelling in a stolen car and are believed to have a gun.

They crossed into SA on Monday afternoon in a white Toyota Hilux ute that was stolen from a Queensland address on Sunday.

Anyone spotting the car or Blake and his companion should not approach them, but call police. 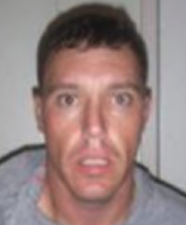 Police said the stolen ute has a large black toolbox in the rear tray and the QLD plates have been replaced with SA plates – S632BHY. It was stolen from a Queensland address on Sunday.

It is alleged the ute was involved in a petrol drive-off at Innamincka about 3.15pm on Monday and also drove at speed towards a man in the town.

The pair were later spotted at Hawker, in SA’s mid-north yesterday morning and the ute was seen at Port Augusta yesterday afternoon.

The man and woman were spotted in the vehicle at Hawker this morning where they allegedly failed to pay for fuel at the local service station.

Alex Blake, who is wanted on a Queensland warrant, is described as being of Caucasian appearance, aged in his early 30’s with a medium build. He was last seen wearing an orange and blue high-vis long-sleeved top, long dark blue pants and a baseball cap.

The woman is described as having dark shoulder-length hair and wearing a black short-sleeve T-shirt.

The former home of the Murray Bridge Racing Club will be carved up in the coming months for stage one of a $50-million residential development by South Australian real estate business Burke Urban.

Known as Newbridge, up to 350 residential allotments have been approved on the now vacant land adjacent to the Murray Bridge Golf Club and only a few hundred metres from the heart of town.

Stage one of development would include 23 hectares with 129 Torrens Title allotments ranging from 412 sqm to 1061 sqm.

Blake Urban said the first 37 allotments were now for sale and civil works would begin in November.

InDaily understands residential development works are due to begin in late 2021.

The new Murray Bridge racecourse opened last year on the outskirts of town after more than a century of racing at the former track ended in May 2019.

A six-month extension to the Victorian government’s state of emergency powers has passed parliament in the early hours of the morning after a surprise intervention by the Greens.

Victorian Greens upper house MP Samantha Ratnam returned from maternity leave to vote for the government’s amended bill, which passed 20 votes to 19 just before 2am.

“I felt it was just too important that I had to be here,” she told reporters as she arrived at parliament with two-month-old Malala.

The current state of emergency was due to expire on September 13, along with Melbourne’s stage four lockdown and regional Victoria’s stage three rules.

It comes as Victoria recorded five coronavirus deaths and 70 new cases on Tuesday, its lowest single-day increase in cases since July 3.

The state government on Sunday will release its plans to move both Melbourne and regional Victoria out of restrictions, noting they will be different.

Active case numbers outside of the capital have plummeted to 139.

South Australia yesterday reported no new coronavirus cases for the eighth consecutive day. There is only one active case in the state.

Australian workers officially have wage subsidies locked in until next year as the nation’s first recession in almost 30 years is set to be confirmed.

Figures released this morning for the June quarter are expected to show the worst economic growth in at least 60 years, with a contraction of around six per cent because of the coronavirus pandemic.

The data will confirm a technical recession, after a 0.3 per cent decline in gross domestic product in the March quarter.

Treasurer Josh Frydenberg has argued the numbers wouldn’t be as bad as other countries and told parliament yesterday this indicated the “remarkable resilience of the Australian economy”.

Legislation splitting JobKeeper wage subsidies into a two-tiered system and extending the program for another six months have breezed through parliament, with the $1500 flat fortnightly rate to end later this month.

People who worked less than 20 hours a week before the crisis struck will be paid $750 a fortnight from the end of September, while all others will receive $1200.

The maximum payment will come down to $1000 from December to March.

Today’s economic growth figures are expected to be the worst in at least 60 years, showing a collapse in household consumption, weak building construction and a slump in business investment.

The downturn has already seen the number of people unemployed increase to more than one million for the first time.

Treasury has also warned a further 400,000 Australians could join the dole queue before Christmas, partly as a result of Victoria’s harsh lockdown.

The RBA yesterday opted to keep the official cash rate at the record low of 0.25 per cent.

Frydenberg is keenly awaiting Victoria’s roadmap out of its lockdown, due for release on Sunday, so he knows the embattled state’s economic plan.

US President Donald Trump has defied requests to stay away and arrived in Kenosha, Wisconsin, to highlight his “law and order” re-election campaign theme in a city up-ended by protests after the shooting of a black man by a white police officer.

Opinion polls suggest the Republican president is narrowing the gap with the front-running Democrat Joe Biden amid ongoing protests over racial injustice and the resulting violence.

Trump’s trip to Wisconsin, a political battleground state that he won narrowly in 2016, gives him a chance to emphasise his police-friendly pitch in a state he hopes to keep in his column in the November 3 election.

The state’s governor and the city’s mayor both urged Trump to avoid Kenosha to prevent inflaming tensions.

But the president dismissed their appeals, choosing to visit one of the flashpoint cities where anti-racist demonstrators have clashed with Trump supporters who have converged on protest sites, sometimes openly carrying arms while vowing to protect property from looters.

After landing in neighbouring Illinois, Trump and his motorcade passed groups of onlookers, mixed with people carrying signs of support for him and others carrying signs with Black Lives Matter written in big letters.

A 17-year-old Trump supporter has been charged with killing two people and wounding another with a semi-automatic rifle in Kenosha.

Trump defended the white teenager, who faces six criminal counts, and declined to condemn violence from his supporters.

But in Portland, Oregon, site of three months of nightly protests that have often turned violent, a Trump supporter was shot dead on Saturday and the president lamented that “they executed a man in the street”.

Scotland’s First Minister Nicola Sturgeon has pledged to publish draft legislation for a new Scottish independence referendum, including the question and timing of the vote, before the region’s parliamentary election next year.

Sturgeon, who heads Edinburgh’s pro-independence devolved government, put on hold plans for a second referendum in March to concentrate on the coronavirus crisis.

However, the most sustained support for Scottish independence in the modern era has prompted nationalists to renew their push for another vote.

“Before the end of this parliament, we will publish a draft bill setting out the proposed terms and timing of an independence referendum as well as the proposed question that people will be asked in that referendum,” Sturgeon said.

If Scotland voted for independence it would mean the United Kingdom would lose about a third of its landmass, almost a tenth of its population, a core ingredient of its identity and rip apart the world’s sixth-biggest economy.

Next year’s election to the devolved parliament is expected to provide a fresh platform for the Scottish National Party to press for a new referendum.

The nationalists are expected to win a majority and aim to use that mandate to push Johnson to grant a fresh vote on the issue.

However, it is ultimately up to the British parliament to decide whether Scotland can hold another referendum, and Johnson’s government in London has repeatedly said it will reject any demand for a new vote.

“Last week, with the help of an amazing delivery team, Cherry gave birth to our beautiful and healthy daughter,” the record-breaking musician said on Instagram alongside a photo of a pair of tiny socks.

“Both mum and baby are doing amazing and we are on cloud nine over here.”

The 29-year-old singer is the most successful British artist of the last decade, spending a total of 79 weeks at the top of the charts with eight no.1 singles, including the global smash “Shape of You”, and four studio albums.

He married childhood school friend Cherry Seaborn in January 2019, according to the video for his song “Put It All On Me”.

Lyra is the name of the protagonist in Philip Pullman’s His Dark Materials, a trilogy that Sheeran choose as his book on the BBC radio program “Desert Island Discs” in 2017.

Adelaide’s Matthew Nicks says his first win as an AFL head coach is a much-needed confidence boost for his players after their toughest 12 months in the club’s 30 seasons.

The Crows broke a 13-month losing streak when they downed a hapless Hawthorn by 35 points at Adelaide Oval last night.

“From my point of view, I hope what it does is just reaffirm with our players what it’s going to take, give them some confidence,” Nicks said.

“As a coach it’s pleasing to get that feeling back from your players and that reassurance that ‘hey, we’re going in the right direction’.”

The Hawks remain stuck in the mire in 15th place with just one win from their past 10 matches.

The Crows were never headed and led at each change – by seven, 15 and 22 points, before winning by 35.

The Gabba is set to be announced as the host venue of the 2020 AFL grand final today.

It’s understood Brisbane stadium The Gabba will be the venue selected for the grand final, with a capped crowd of about 30,000 slated to attend the October 24 spectacle.

– with AAP and Reuters

Help our journalists uncover the facts

In times like these InDaily provides valuable, local independent journalism in South Australia. As a news organisation it offers an alternative to The Advertiser, a different voice and a closer look at what is happening in our city and state for free. Any contribution to help fund our work is appreciated. Please click below to donate to InDaily.